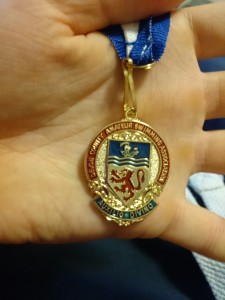 Stepping Stones for Business has been sponsoring swimmer, Harry James, for over five years. In October 2014, Harry went to Plymouth University to study photography, but also to follow his dream – to train with the Olympic swimming squad.

In February Harry is off to to Lisbon, Portugal to compete, and he’s also been invited to an Olympic training camp in Tenerife in September.

What a great start to the year and we continue to support Harry and are very proud of his achievements.

Want to join the discussion?
Feel free to contribute!

Stepping Stones for Business to exhibit at the Clear Books Community Exhibition... Harry Goes For Gold in Portugal
Scroll to top